by Brett on September 1, 2006 in Hall's Happenings 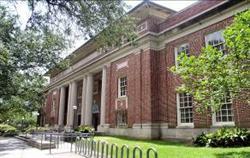 Tulane University of  New Orleans to the official roster of “All Steinway Schools.”   Selection of many of the new Steinway pianos took place at the Steinway factory in Long Island City, New York.  Among the new models are two new Model D Concert Grand pianos to be housed in Dixon Hall, six Model B Grand 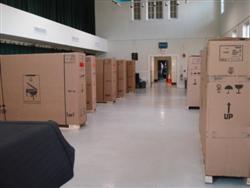 pianos for the teaching studios, and new Model O’s, M’s and K’s for the Practice rooms.

Tulane University and Steinway & Son’s have enjoyed a long-standing partnership since 1927 when the majority of the existing inventory was placed into service.  Many of the new Steinway pianos will be replacing pianos damaged by the ravages of Hurricane Katrina. 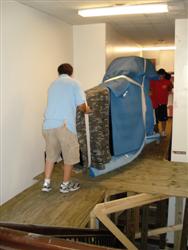 “All-Steinway Schools demonstrate a commitment to excellence by providing their students and faculties with the best equipment possible for the study of music,” said Steve Kinchen, president and co-owner of Hall Piano company.  “That is why the only pianos owned  — from the practice room to the recital hall — are designed by Steinway & Sons.”

Delivery was completed in time for the beginning of the Fall semester of 2006.   Plans for an official dedication ceremony and inaugural concert still in the formative stages and will be announced soon