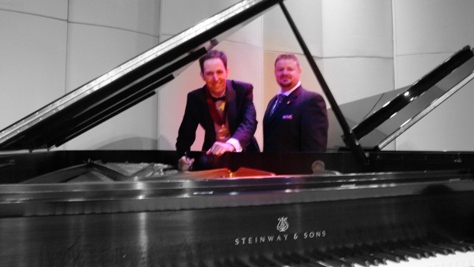 The Musical Arts Society of New Orleans International Piano Competition recently celebrated its 20th Anniversary hosted at Loyola University in New Orleans.  The competition awarded some of the world’s finest piano talent cash prizes and performance fees totaling over $40,000 including: paid performances with the Louisiana Philharmonic Orchestra, the Acadiana Symphony Orchestra, and the Baton Rouge Symphony Orchestra, as well as a recital at London’s Wigmore Hall.

The event continues to be sponsored by Steinway & Sons of New York and the local chapter of the Steinway Society as an All-Steinway Competition.  As each performer is allowed to choose their own repertoire for the competition so too are they allowed to choose from two Steinway Model D 9′ Concert Grand Pianos, one provided by Louisiana’s exclusive Steinway Dealer, Hall Piano Company, and the other provided by Steinway & Sons of New York.  As Steinway builds each of their pianos with an individual voice, each pianist was able to choose a piano with a voice that more fluently expressed the type of composition they were performing.  It was not uncommon to see the same pianist play on a different piano each night of the competition depending on their choice of repertoire.

The competition continues to be one of the most well-known and well-respected competitions in the United States.  It is a major stepping stone for highly competitive pianists, and many competitors go on to compete in the competition of all competitions: The Van Cliburn Competition.  2008 Silver Medal Winner Dimitri Levkovich has this to say of the New Orleans Competition: “I recognize almost every competitor.  I suspect that most of this year’s New Orleans players will be at the Van Cliburn next year. It’s a small, intense, highly competitive occupation and New Orleans has become a place to separate yourself from the pack.”

This year’s competitors came from China, Israel, Korea, Georgia, Canada, and the United States, but it was an American Pianist by the name of Spencer Myer to take home the Gold Medal this year.  Myer returns to the competition after winning the bronze medal in 2003.  Since then he has already earned performances with major orchestras in Cleveland, Montreal, and Indianapolis, as well as releasing his first solo CD for the prestigious Harmonia Mundi label.  Following Myer was Canadian Pianist Dimitri Levkovich for the Silver Medal and Georgian Pianist Vakhtang Kodanashvili earning the Bronze Medal.

Hall Piano Company wishes all of this year’s competitors well with special congratulations to the Gold, Silver, and Bronze Medalists for 2008.  We look forward to attending your performances with our local symphony next year.  We also look forward to a continued partnership with MASNO in the coming years and sincerely thank all those at MASNO who worked tirelessly to make this year’s competition a rousing success.