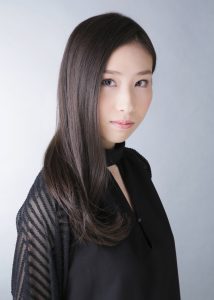 Born in Japan, Arisa Onoda started to learn the piano at age two and the violin at age six. After studying at the Juilliard School under Prof.Choong Mo Kang, currently she is studying under Prof. Christopher Elton at Royal Academy of Music, and Pascal Roge.