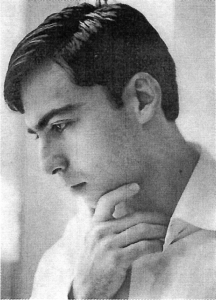 Russian born Israeli pianist and composer Yoni Levyatov made his New York concerto debut in 2005 as the winner of the Dora Zaslavsky Koch Competition performing the Schumann Piano Concerto under the baton of Philippe Entremont. He also performed the Schumann Piano Concerto in his Israeli debut with the Jerusalem Symphony Orchestra under conductor Marek Piarowski and was subsequently featured in a rare performance of the Rachmaninoff Concerto No. 4 with the same orchestra under the baton of Leos Svarosvky. Recently Mr. Levyatov has been heard in the Bach Concerto in D minor with the Manhattan Chamber Orchestra at the Yamaha Piano Salon, NY in the opening concert of its EPC series. Mr. Levyatov received the Dorothy McKenzie Artist Recognition Award NY in both 2001 and 2004 and the Harold Bauer Award, NY in 2005 and 2006. He was the silver medalist at the International Bosendorfer Piano Competition, In 2008. Mr. Levyatov was awarded the Clairmont Prize, Tel Aviv in 2003 and has been a recipient of the America Israel Cultural Foundation scholarship since 1990. Recent appearances have included performances at Steinway Hall, Barge Music and United Nations in New York City, Menora Hall in Manchester, England, Philharmonic Hall in St. Petersburg, Russia, Spiegelsaal in Rheinsberg, Germany, Auditorium de Cajacanarias in Tenerife, Spain, Jerusalem Music Center, and the Tel Aviv Museum of Arts. In April 2006 Mr. Levyatov made his Lincoln Center debut at Alice Tully Hall. Past teachers have included Harvey Wedeen, Jerome Rose, Constance Keene, Solomon Mikowsky, Alexander Volkov and Lili Dorfman. Hailing from a musical family, his mother a pianist and his father a choral director, Mr. Levyatov was born in St. Petersburg. He went on to pursue piano studies at the Manhattan School of Music where he grad¬ uated in 2005.