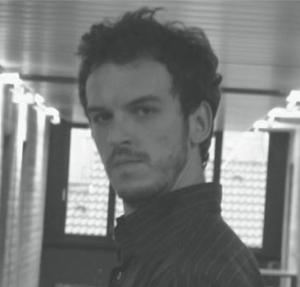 Alberto Carnevale Ricci was born in Pavia, Italy. He studied piano at the Conservatory G.Verdi where he graduated with distinction. He continued his studies with Alfredo Perl at the Musikhochschule Detmold. He has performed throughout Europe at venues including La Sala Verdi del Conservatorio di Milano, the Grosse Konzertsaal of the Musikhochschule München, the Konzerthaus Detmold, and Kerkrade’s Ständesaal Kassel and Parkstadt Limburg Theatres.

A versatile chamber musician, Ricci performs music for two pianos and piano four hands as well as duos with violin, violoncello, voice and with piano. His special interest is his ensemble with two pianos and percussion that performs works exclusively from the 20th and 21st centuries. In 2010 he was a member of the Ensemble Modern Akademie and since 2009 has focused on performances of new pieces for piano with electro-acoustic instruments.

On the occasion of Olivier Messiaen’s 100th anniversary he performed the piano solo part of the Messiaen’s large-scale work for orchestra “Des Canyons aux étoiles» in Detmold and Paderborn, Germany.

The Stradivarius label released Ricci’s recording of compositions by A. Casella that was broadcast on Italy’s Radio 3. He has also recorded for Südwestrundfunk 2 and Radio Classica. Ricci is currently Alfredo Perl’s assistant at the Musikhochschule Detmold.

“Music allows us to see each other in a unique way; through sounds we engage our hearts and create a common field of intimate experience. When you listen to me playing, we connect to each other in this brand new world.”