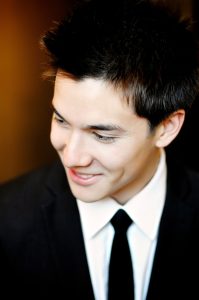 “Hailed as a pianist with “brio and imagination” (The New York Times), Canadian pianist Scott MacIsaac has performed internationally as a soloist throughout North America, Asia, and in much of Western Europe.

While a student at Yale University, he won the Prokofiev Competition there and made his Carnegie Hall debut performing in Weill Recital Hall.

Scott holds degrees from the Guildhall School of Music and Yale University, where he studied with Ronan O’Hora, Boris Berman, and Peter Frankl.